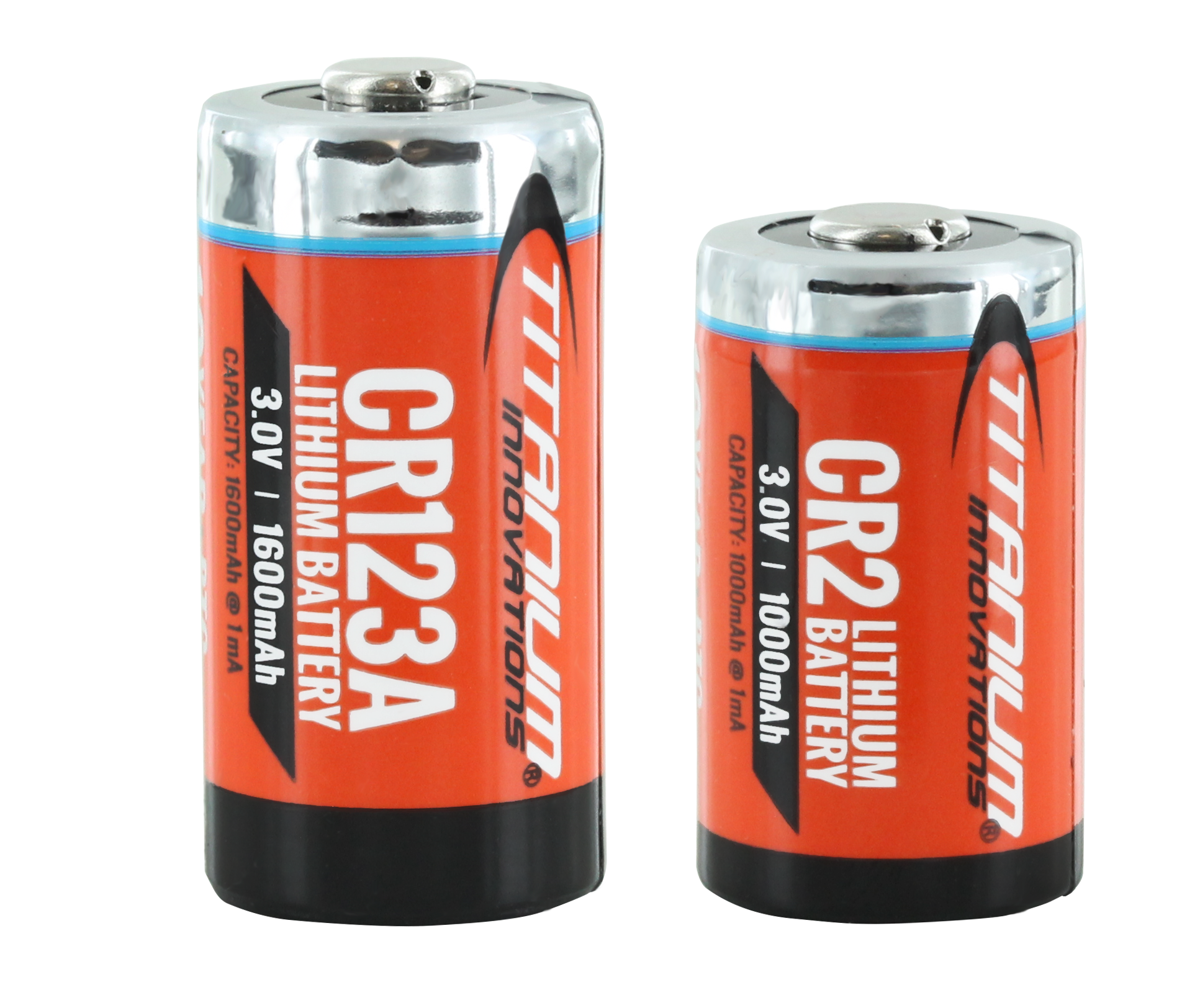 The Next Generation Has Arrived

Upgraded in every way, key improvements make these cells the very best batteries on the market

The enhanced proprietary chemistry has expanded usability from -40°F up to 158°F, offering industry-leading performance for outdoor devices.

Originally invented for cameras that demanded high drain rates, then widely adopted by the flashlight industry, these cell types are increasingly called upon to power security and monitoring device due to their market-leading power density, shelf life, and stability across wide temperature ranges. Unlike flashlights and cameras, most alarm security and IoT (Internet of Things) devices have relatively low drain rates. This rapidly increasing usage in wireless IoT devices such as alarm sensors, security cameras, and monitoring devices has created demand for low-drain performance.

For nearly 2 decades, Titanium Innovations CR2 and CR123A lithium batteries have offered market leading performance and value. These improved cells are the result of a 4-year development process. Three important upgrades form the basis for the improvements; a new and fully automated winding process, an improved electrolyte, and a proprietary separator film. These three changes yield tighter tolerances, and equal or higher capacity at every discharge rate, resulting in improved performance, reliability, and safety

A patent pending separator film and process creates a reaction-inhibiting region within the cell that prevents thermal runaway, and improves performance at high discharge rates.

These added layers of safety, in addition to the pre-existing safety features, such as PTC protection, a chemical fuse, and integrated vents make the new CR123A and CR2 primary lithium cells from Titanium Innovations a leader in performance, and safety.